I had originally planned to go dancing tonight but age – no, rather, maturity and a desire to do some professional housekeeping and reflection kept me cosy in my room, eating carrots and dip (ok, I confess I had a notable amount of dill pickle and sour cream & onion chips prior to these!) and listening to tracks from Tori Kelly’s latest album.

As I began doing a re-cap of 2018 in numbers, I thought I wouldn’t have much to show.  While I have been far happier as a full time freelancer than I was in my last year or two of a desk job that stole my joy and my health, it is an existence that more often than not makes me feel as though nothing is really being built: no fortune, no fame, nothing that the world considers a marker of success.

Surprisingly, when I did count the things that could be counted, there was much more than I had remembered, and each thing I counted was more than simply a checkmark or a goal reached, but an unfolding of my person, and, I hope, the mission which has been entrusted to me by God.

In meticulously combing through my calendar I realized that while this felt like a quiet year (with the exception of Fame), it was in fact a year where I did many things for the first time.

As mentioned, this was my first full year as a freelancer and the work included my first time: 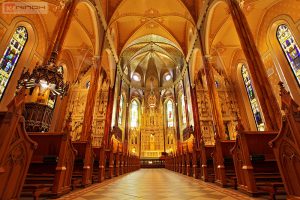 writing and preparing dramatic sketches for staff training with the Cree school board, 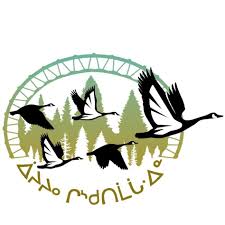 singing for a major corporate gig out of town

being a musical guest on a TV program at Concordia 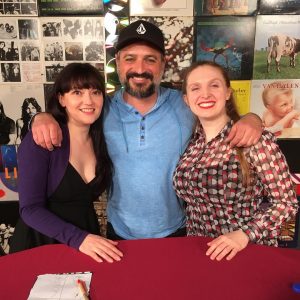 And of course, there was Fame.

I wrote a great deal on it before here and here so I won’t repeat myself but I cannot tell you just how much it meant to finally experience a life long dream.  Not only was it an artistically incredible experience, but it was a reassurance that I hadn’t been foolish in pursuing performance in the first place, that I could not only handle a lead role in a large scale professional musical (and finally be paid – this was only the 2nd time!) but that I could do it with almost no preparation time and be trusted to step into some very large shoes (Marie-Denise might say that large shoes were part of the problem: je continue a lui souhaiter la guérison et l’amour!)

Daniel Ouimet was kind enough to give me an honourable mention in writing up his musical theatre “coups de coeur” for 2018, with Fame being named as best French musical, and castmates Jordan Donoghue and Marie-Denise Pelletier recognized as revelation of the year and best female actor, respectively, and a nod to Serge Postigo as well, as director.

Check out Marie-Denise’s tour dates here on her website!

At this point, I am trying to figure out how much performance will play a part in my future.

Do I keep actively pursuing auditions?

Is that the right place to put my energy?

While Fame was a major breakthrough, I, for the most part, have always seemed to experience near misses for major productions and often been the “wrong age” for everything.  At 20 years old I was told I played way older than 20 and so couldn’t be considered for 19 year old Sophie in Mamma Mia. This year I was told that I looked too young to play 40 for the moms in Dear Evan Hansen.  Despite not booking the job, this was my favourite audition of the year, with the longest callback I’ve ever had.  The casting team worked intensely with me; I think I spent a total of two and a half hours between the two auditions. It’s exhausting to be told no so often but I do feel that I can now handle rejection with more peace because what I am after no longer feels impossible because it is something that I have never reached.

It’s important to be grateful and realistic because it is entirely possible that Fame may be the only opportunity of that kind that I will ever receive…but it couldn’t have been more perfect. 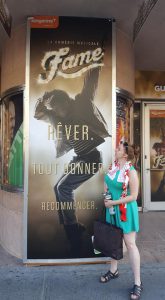 And, I’m finally a UdA member!

visit to a synagogue for Purim 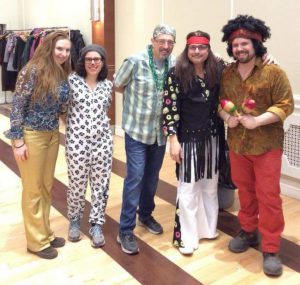 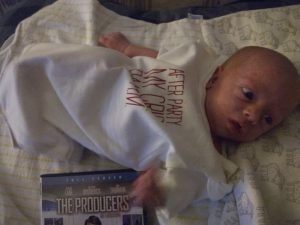 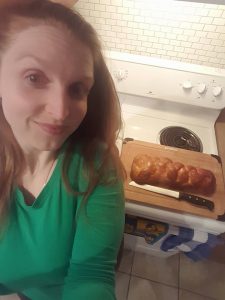 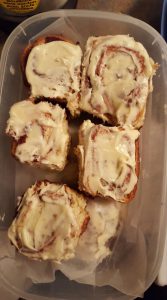 as well as first time getting accupuncture, doing a Blanket Exercise to learn about indigenous history, hosting a Christian Artists Wine & Cheese night, (a prelude to the retreat this March) and online dating: my only regret!!

(This number refers to ongoing work  as opposed to individual gigs.)  Amazingly, all of these jobs save three were artistically related, and the three that weren’t artistic in nature I obtained through contacts in the arts.  Singing and teaching took most of my time: two church music jobs, 6 – 10 voice students over the course of the year, and a variety of funerals, weddings, private parties, corporate gigs, and subbing as a choir conductor and for children’s theatre classes.

This included 3 shows on Broadway, including Hello Dolly with the legendary Bernadette Peters 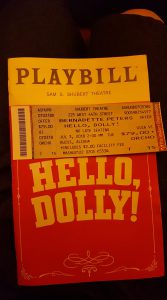 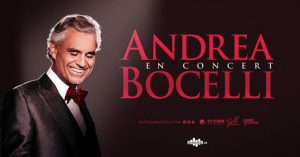 and the homegrown success of Come From Away in Toronto, a gift from my parents. 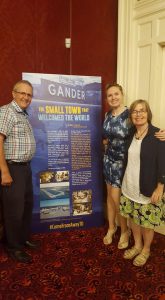 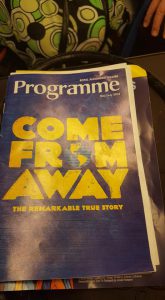 The other things that can’t be so easily categorized but deserve a mention are: the scene study classes I attended through the Centaur, the How to Succeed in Music Theatre Conference in Toronto held by the CMTWC, 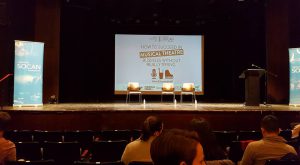 the inaugural Musical Theatre Writers’ Workshop class in Montreal that I helped organize (also through CMTWC and taught by Jonathan Monro), within which I’ve written lyrics for two new songs with Graham Isaak and Sara Wunsch; a record number of duets/collaborations for gigs and Broadway Cafe, a trip to DC to see my goddaughter, being asked to be godmother for a second time, and guest lecturing at McGill for the Intro to Catholicism class again.

Most important of all, though, is this : it is well with my soul.

I am being built.

At the end of my life, it will be me facing God, and He will not care about my CV or my bank account or my stats, only my heart.