Hi everyone!  I know, I know – LONG time since I’ve posted anything!

It’s been quite the journey over this past year, with a lot of struggles, and a lot of light.  I’ll do my best to give you the Coles Notes version!

Last summer, I was in a short run of Little Shop of Horrors with the Côte St Luc Dramatic Society.

Shortly thereafter, I experienced persistent headaches and fatigue such that I was unable to do much more than sleep for a few months, usually with ice packs on my head.  During that time, I lost my job (a whole saga in itself), lost my doctor, lost my ability to go outside…it was really rough and I wondered if I would ever be the same again.

But God is good, and He took me through the valley, slowly and carefully building me back up.

In Sept, I got the chance to take part in the Blame Canada concert at the Segal Centre put on by The Canadian Music Theatre Writers’ Collective, the first one to take place in QC.   I sang I’m Not Leaving, a piece from Lies My Father Told Me, written by Elan Kunin, who played Franz Liebkind in The Producers with me a couple of years ago. Considering that the most basic things of life were a struggle at that point, this was a major victory for me.

Earlier in the summer, I had read an interview written by friend Camila Fitzgibbon on Montreal Theatre Hub about a musical based on the life of Ste Marguerite Bourgeoys, french founder of the Congregation of Notre Dame in Montreal.

I was immediately intrigued, and asked to be put in touch with the creators, Michael Cooper and Anton Dudley. They kindly passed on the music of one of the songs to me, Je Suis Canadienne, which I recorded for them.  Joseph Trefler, the arranger of the piece, happened to be one of the organizers of the concert, and asked if I would want to sing it in the Blame Canada concert, in NYC!

And so I found myself at 54 Below, the day before the anniversary of Ste Marguerite’s canonization, closing the show after an amazing lineup of talent, including Chilina Kennedy, Astrid Van Wieran, Sue Dunstan, Nicolas Dromard and many others. 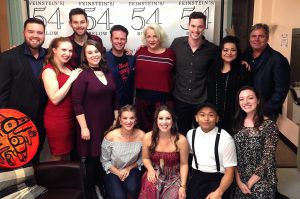 Every single one of them blew me away and the concert was a great success, with funds raised going to the UNIDOS Disaster Relief and Recovery Program to help Puerto Rico hurricane relief.  I also got to meet both Anton and Michael (Michael took time away from helping with an event for the Divine Bette Midler to come see little old me!) 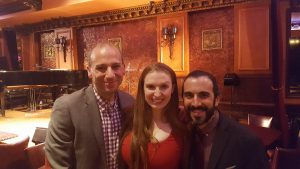 hope to do more with CMTWC in the future.  Check out the performance below!

Right now, my main focus is planning an artist retreat which I hope will take place this October in Montreal.  This will specifically be aimed at gathering Catholic/Christian artists for a couple of days of fellowship and formation.  I am also hoping to get enough interest to run the Canadian Music Theatre Writers’ Workshop here in Montreal, which would run from Sept to May.  If you have interest in either of these; please email me! 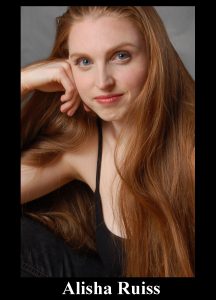